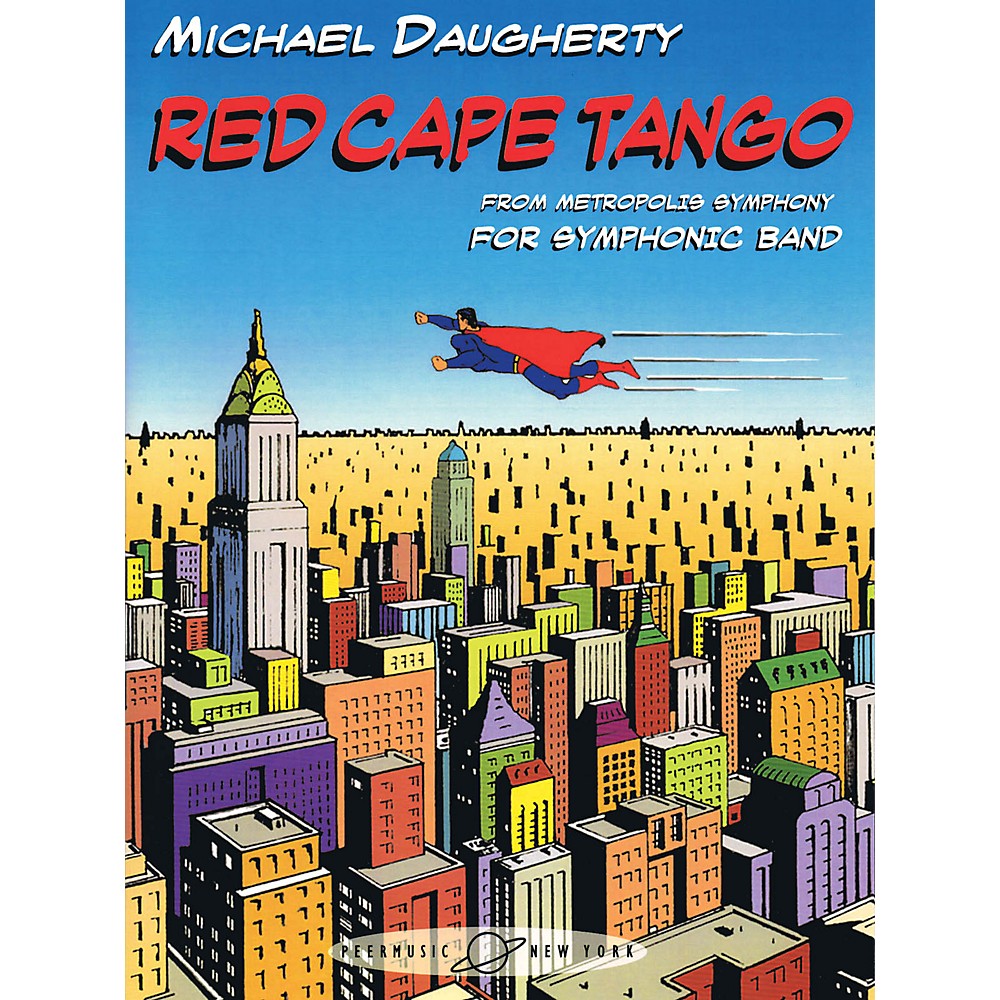 (1998) Since its premiere by the Baltimore Symphony in 1991 at Carnegie Hall, the GRAMMY-winning Metropolis Symphony has entered the orchestral repertoire and been performed by orchestras all over the world. Arranged for band by Mark Sped under the supervision of the composer, Red Cape Tango is set after Superman's fight to the death with Doomsday and is Daugherty's final work based on the Superman mythology. The principal melody, first heard in the bassoon, is derived from the medieval Latin death chant Dies Irae. The band alternates between legato and staccato sections to suggest a musical bullfight. Duration - ca. 11:00

The No Time to Die hitmaker revealed on her Instagram Stories she will be dropping a new tune in November, and hinted it would have an autumnal theme....
>Read More

The musician, who was the bassist and vocalist in the group in the 70s and featured on their second and third albums, has sadly passed away....
>Read More

The singer says his youngest daughter helped him kick his habit....
>Read More

Kelly Clarkson once signed an autograph as Carrie Underwood

The singer is set to drop her new single on 23 October...
>Read More

Kanye West thanks 'God, fans and all of my Christians' for Billboard Music Awards success

The rapper thanked fans who have been praying for him....
>Read More

Miley Cyrus said her dog chewed through some electric wires, but has recovered from the ordeal....
>Read More