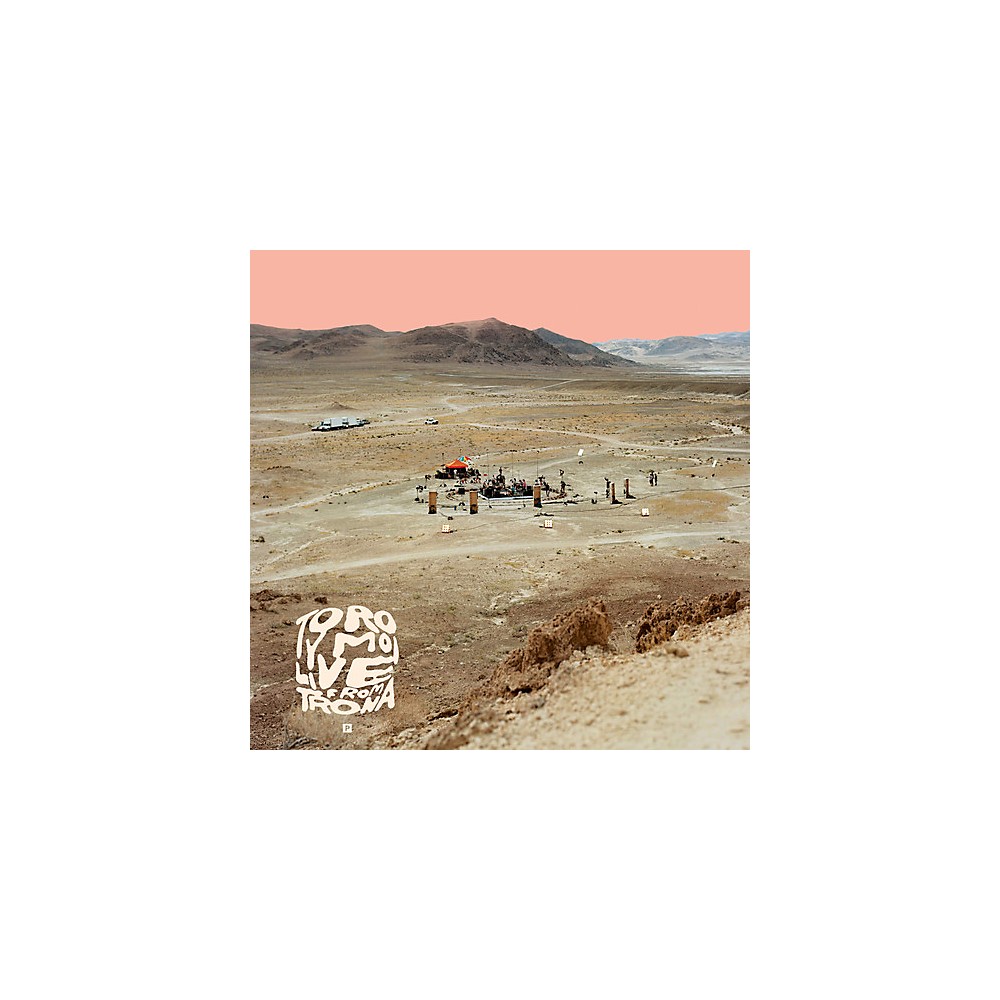 Release Date:11/04/2016;Notes:Limited double desert pink colored vinyl LP pressing, includes digital download. Following extensive touring behind What For?, his fourth studio album as Toro y Moi, acclaimed musician Chaz Bundick brought the band to the middle of the Mojave Desert in April 2016 to play a special concert. Live from Trona documents this experience, recorded live beneath the geological wonders known as the Trona Pinnacles, which formed thousands of years ago in what used to be a prehistoric lake. The album features unique live arrangements of songs from across the band's catalog, new music, and an expanded band line-up. On the congas, Bay Area multi-instrumentalist Brijean Murphy adds a layer of rhythm, switching between propulsion and deep atmosphere. And for a brand new song, JBS, the group is joined by tourmates The Mattson 2. This collaboration between Bundick and the Mattson twins takes on a classic groove with a jazz fusion approach. For the film, nine-time Vimeo Staff Pick director Harry Israelson chose to break the fourth wall, revealing the filmmaking process by making equipment, lights, and crew visible at all times. With no audience in attendance and a spectacular natural environment that feels otherworldly, the film pays homage to rock films of a previous era. As the sun sets behind the pinnacles, the supernatural setting seamlessly weaves together with the 13 psychedelic tracks, all recorded on site over the course of an entire day. Through the use of hand-drawn animations and behind-the-scenes VHS footage, Live from Trona offers viewers a surreal concert experience, placing them front row at a private Toro y Moi show.;Track List:1. Divina;2. What You Want;3. Buffalo;4. Still Sound;5. Ratcliff;6. Half Dome;7. The Flight;8. JBS;9. Lilly;10. High Living;11. Grown Up Calls;12. Say That;13. Yeah Right;Special Attributes:DIGITAL DOWNLOAD CARD

Manic Street Preachers are avoiding writing about the COVID-19 pandemic on their new album....
>Read More

The Highway to Hell rockers were hit with a major blow when frontman Brian Johnson was told to stop touring immediately or risk total hearing loss...
>Read More

Liam Payne is releasing a Christmas single this week

The 27-year-old singer is keen to get fans in the festive mood early, so theyll be able to get a copy of his new track Naughty List...
>Read More

The upcoming record will be the 72-year-old composers first album of non-soundtrack music in nearly five years.John has reunited with Cody...
>Read More

Keith Richards: Modern rock music has been 'synthesised to death'