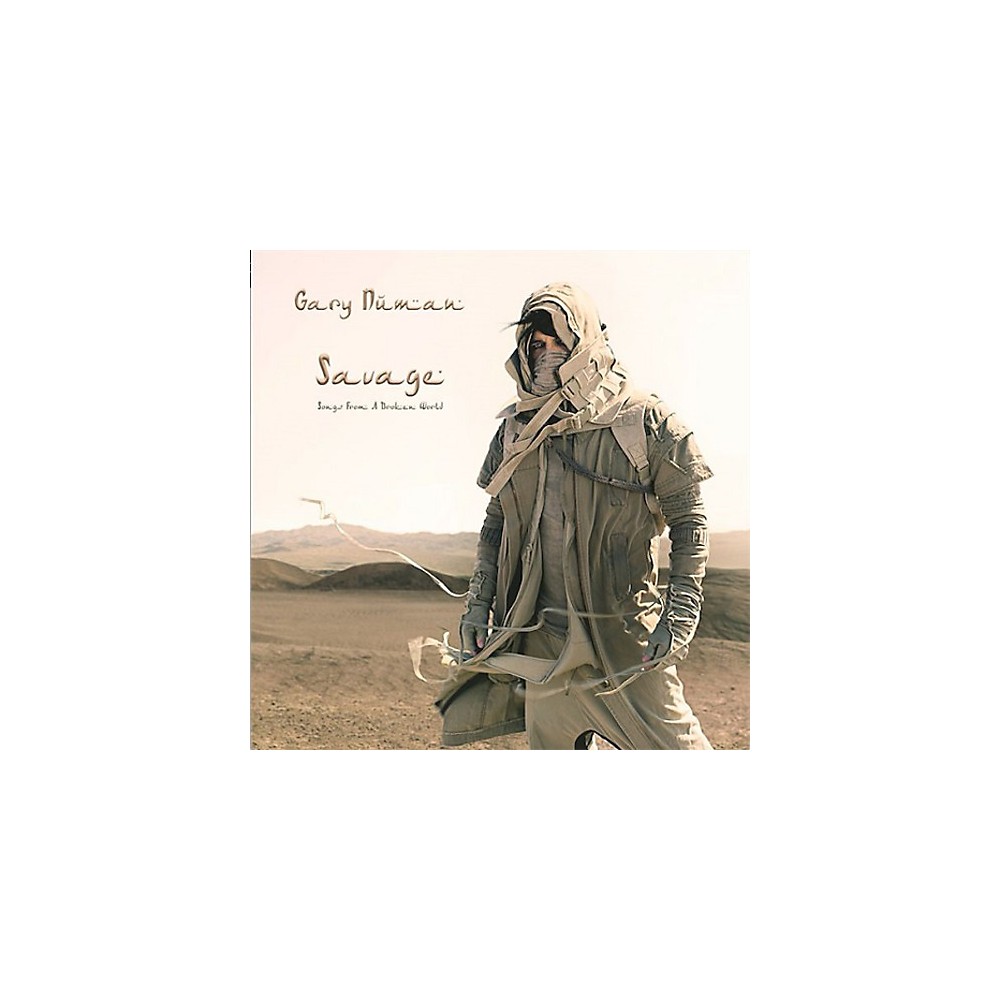 Release Date:09/15/2017;Notes:Marking Numan's 22nd full-length of his career, Savage follows 2013's Splinter (Songs From a Broken Mind). Produced by Ade Fenton and recorded in Los Angeles and the UK, the record was largely written during the last presidential election. Trump's victory and climate policies became Numan's twisted inspiration, leading to a concept album set in a post-global warming apocalypse. A press release describes the concept best: There is no technology left and most of the planet has turned to a desolate desert wasteland. Food is scarce, water even more so, and human kindness and decency are just a dim and distant memory. Western and Eastern cultures have merged, more because of the need to simply survive than any feelings of greater tolerance or understanding. It's a harsh, savage environment, as are the survivors who still roam across it. The songs are about the things that people do in such a harsh and terrifying environment, Numan said in a statement. It's about a desperate need to survive and they do awful things in order to do so, and some are haunted by what they've done. That desire to be forgiven, along with some discovered remnants of an old religious book, ultimately encourages religion to resurface, and it really goes downhill from there.;Track List:1. Ghost Nation;2. Bed of Thorns;3. My Name Is Ruin;4. The End of Things;5. And It All Began with You;6. When the World Comes Apart;7. Mercy;8. What God Intended;9. If I Said;10. Pray for the Pain You Serve;11. Broken;12. Cold

Taylor Swift: 'Red is my only true breakup album'

Taylor Swifts Red features singles such as We Are Never Ever Getting Back Together and her massive hit I Knew You Were Trouble....
>Read More

The Grime star opened the creative space in Londons Ladbroke Grove, which pays homage to the sports brands iconic PUMA Suede shoe, and was built in partnership with Spotify....
>Read More

The Only Love Can Hurt Like This hitmaker has released the latest track from her upcoming album, Infinite Things, and revealed it was penned...
>Read More

Bruce Springsteen regrets playing longer shows than everyone else

The Boss - who holds the record for the longest concert ever, with his 2012 Helsinki show lasting for four hours and six minutes - admitted he set...
>Read More

The superstar DJ-and-producer - who is nominated twice for Best Electronic and Video for Good for Lets Love with Sia - will perform...
>Read More

The Adore You hitmaker took shelter in the house while waiting for his car to be towed....
>Read More

Lauren Jauregui admitted the speculation has had a lasting effect on her....
>Read More