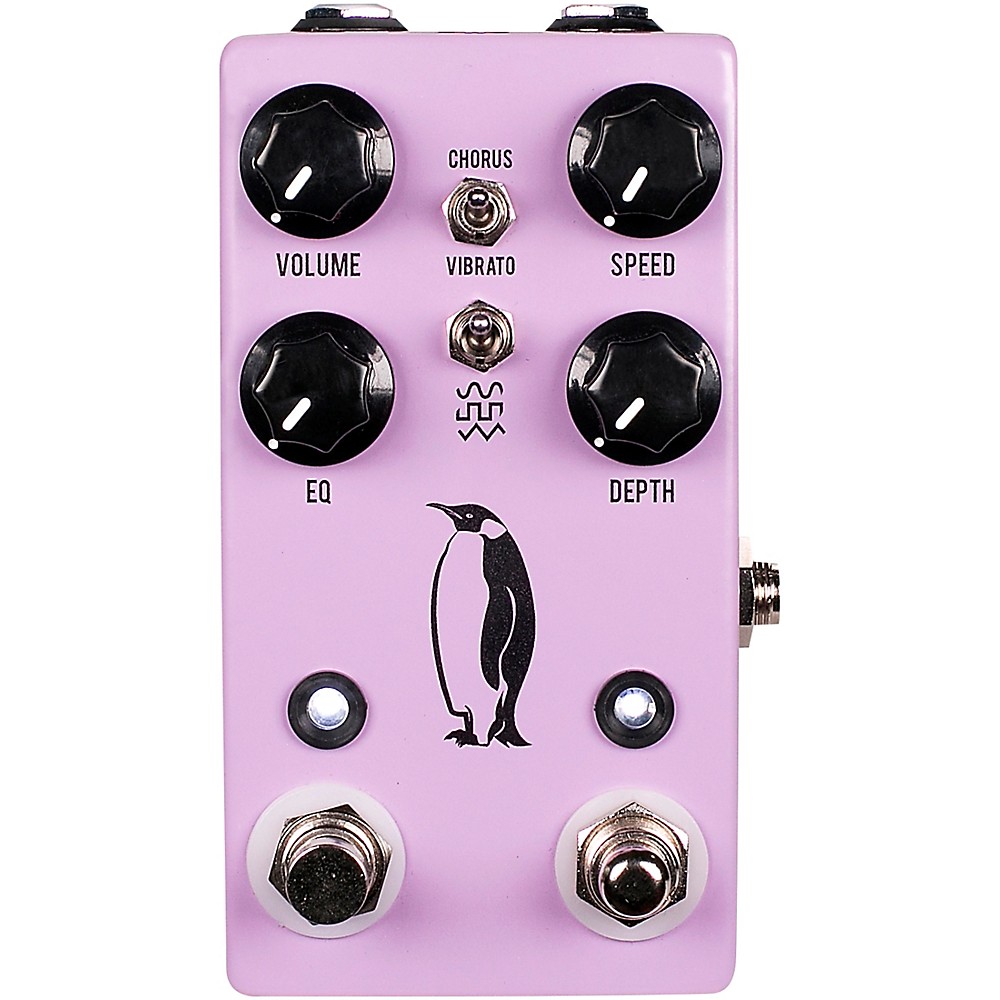 There are two ways to look at the JHS Pedals Emperor Analog Chorus/Vibrato pedal. The Emperor V2 is a vintage-correct effect that absolutely nails the hard-to-find sound of the Arion SCH-1, but it's also a do-it-all modulation solution whether you want a subtle sheen, convincing rotary simulation, or seasick vibrato. It utilizes a Bucket Brigade 3207 chipset to deliver the warmth of '80s-style analog chorus pedals and the designers added enough onboard and outboard control to put you in command of every aspect of the Emperors voice. Whether spreading its warm tones or icy sheen to a pristine-sounding stereo rig, or utilizing an external expression pedal to cop realistic rotary speaker sounds on a blues gig, the Emperor can do it all.<br><br><strong>So Much Modulation<br></strong>The designers call the Emperor an analog chorus/vibrato. Thats just because calling it a true analog chorus/pitch vibrato with tap tempo/waveform selection/rotary speaker simulation/true stereo output/and more pedal would have been a pain to write every time.<br><br><strong>Updated Tone Shaping Capabilities<br></strong>Making a good thing better? Yes please. The Emperor V1 had a Tone control which has now become the EQ control in the Emperor V2. JHS replaced the passive tone control in the V1 with an active EQ control that functions as a Tilt. You'll now have much more tone shaping capability in the V2. The overall EQ control is much improved in the Emperor V2 and you will not lose any low-end sometimes commonly found with chorus/vibrato pedals.<br><br><strong>In-Depth Tempo Control<br></strong>To control the rate of the Emperors effect, simply turn the Speed knob up and down or tap the tap tempo footswitch. Or for the more adventurous among us...plug in an expression pedal for variable control in real time. And you can even slave the pedal to other tap-controlled pedals for rhythmic consistency across all your effects.<br><br>A Few Extras<br>When designing the Emperor, JHS conveniently a<ul><li>The glorious tones of a real-deal, 3207 chipset bucket brigade topology</li><li>Mini toggle switch selects between chorus and vibrato effects</li><li>Three available waveform types (sine, square, and triangle)</li><li>Intuitive controls for Volume, EQ, Speed, and Depth</li><li>Control the rate with the onboard

The streaming service is shuttering in an attempt to return as much capital to investors as possible...
>Read More

J Balvin Will Premiere a New Song in Fortnite Next Week

Balvin will headline the games Fortnitemares event on Halloween, and debut a track called La Luz with Sech...
>Read More

The archival label is kicking off the year-long tribute with a deluxe compilation of Sinatras work from 1965-1976...
>Read More

The Velvet Underground Documentary, Directed by Todd Haynes, Is Coming to Apple TV+