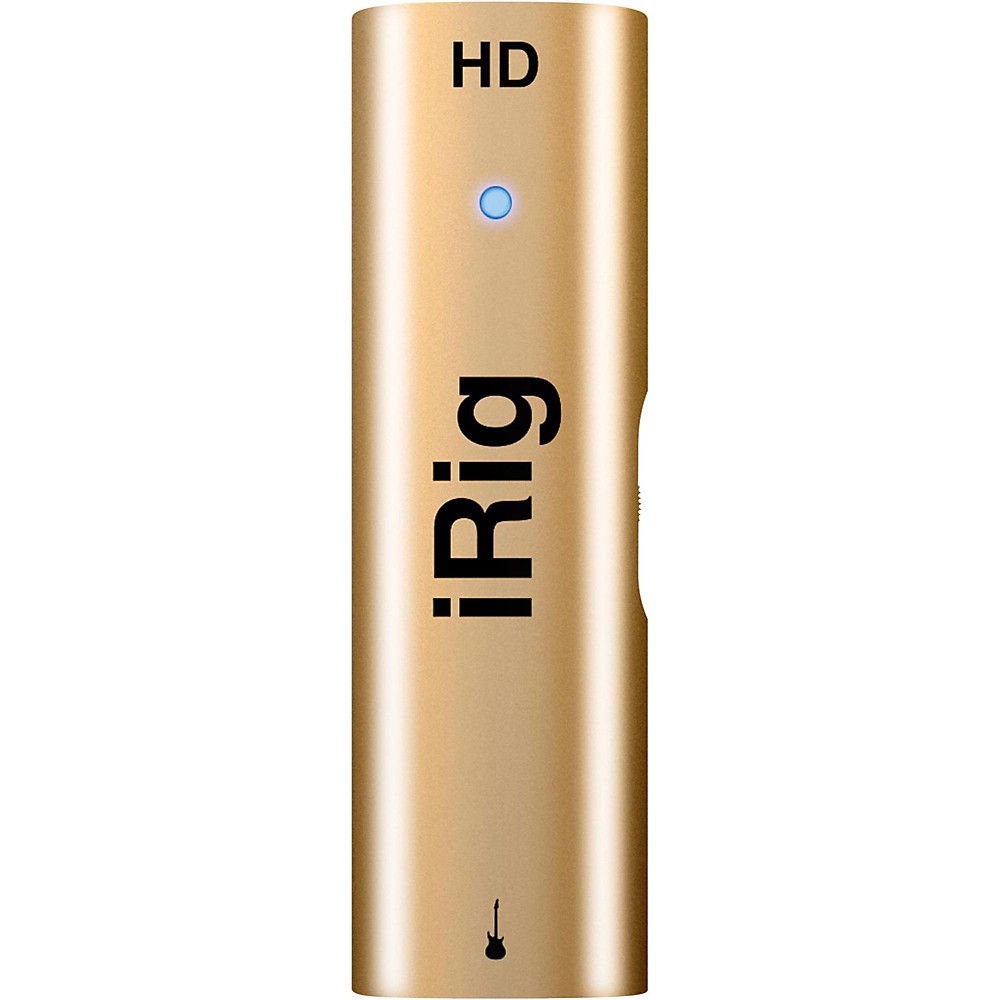 The iRig HD picks up where the iRig leaves off by adding superior digital audio quality to an already powerful accessory. No matter wherer you are, iRig HD delivers delivers pure high-quality digital input signal. It features a 24-bit A/D ultra-transparent converter that accurately preserves the nuances of your instrument. This means you can rock out on your iPhone, iPad, iPad mini, or Mac laptop or desktop computer, with studio quality sound. iRig HD features a standard 1/4 Hi-Z instrument input jack, and connects to your iOS device with the included 30-pin cable or the included Lightning cable.<BR/><BR/>The beauty of the iRig HD is that it works everywhere you do. It also comes with a handy USB cable and is class compliant, so you can plug right in to your laptop or desktop Mac computer and keep jamming. Start a project on your iPad, finish it on your Mac with the same great tone.<BR/><BR/>Now for the good stuff. Download the AmpliTube FREE, AmpliTube Fender FREE, AmpliTube Slash or AmpliTube Jimi Hendrix app from the App store. Plug your guitar into iRig HD, plug your headphones into your device headphone jack and launch the app. immediately you'll see something very familiar - a complete guitar rig. AmpliTube iOS recreates your entire guitar/bass signal chain in your iPhone/iPod touch/iPad.<BR/><BR/>AmpliTube FREE, AmpliTube Fender FREE, AmpliTube Jimi Hendrix and AmpliTube Slash come with a built-in single-track recorder, expandable to 4 tracks on the iPhone/iPod touch and 8-tracks on the iPad versions of the apps. Immediately you can record your performance, and the length is limited only by your device memory. When you expand the recorder (via in-app purchase), you also get master effects, giving you a complete mobile recording solution built right into your device. Create full songs and compositions right on your iOS device, and export them in WAV or MP3 formats to share via SoundCloud, FTP or email.<ul><li>Affordable handheld digital condenser microphone for capturing audio on the go</li><li>Plugs directly into the digital input on iPhone, iPad, iPod touch and Mac/PC via its included 1.5m (59&quot;) Lightning and USB cables</li><li>High-quality 24-bit, audiophile-grade A/D converter</li><li>44.1 - 48 kHz sampling rate</li><li>Gain control with mutlicolor LED indicator</li><li>Handheld design also compatible with standard mic stands