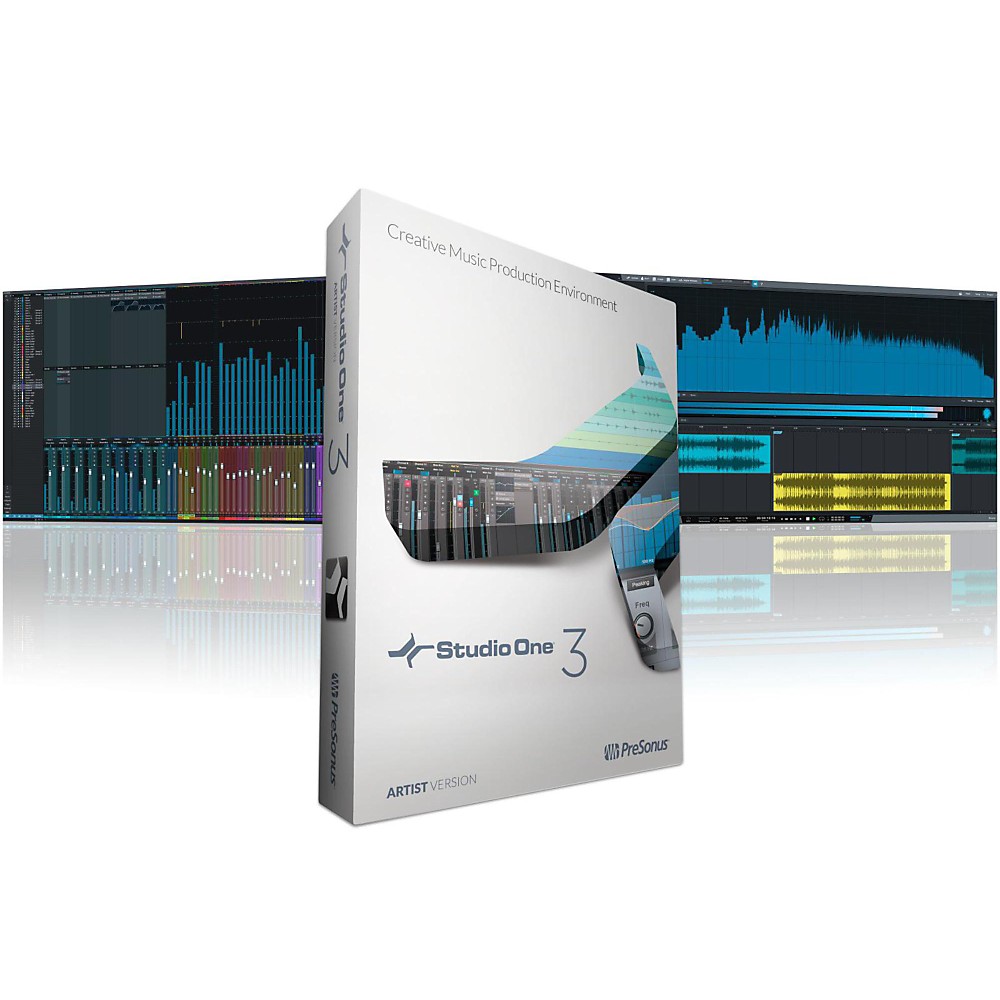 Capturing your musical ideas doesn't have to be hard. Studio One Artist Version 3.0 was built by creative people for creative music production.<br /><br>From easy set up, finding perfect backing tracks that automatically play at your song tempo, capturing an inspiring sound and performance with real or virtual instruments, to mixing with professional effects and even sharing your music online with friends and fans, Studio One 3.0 was designed to keep you inspired and in the flowfocused on your music first, not fighting with a confusing software interface.<br><br>In just three short years, Studio One has taken the music production world by storm and is heard today on countless hit recordings. It has been one of the most widely-adopted digital audio workstations in professional and project studios worldwide due to its unparalleled ease of use and uncompromised sound quality. The most common comments from musicians and producers who have switched from other programs are I can just get things done faster in Studio One and Studio One just sounds better.<br><br>And now with version 3.0, Studio One Artist continues to evolve by introducing evocative new virtual instruments, better ways to find the right backing tracks fast, step sequencing for quickly programing beats and other musical parts, more intuitive mixing capabilities, and interface improvements that just make everything easier and more powerful.<br><br><strong>Studio One Version 3.2<br></strong>PreSonus raises the bar again with Studio One 3.2, a new free update for Studio One 3. Version 3.2 builds on the advancements introduced in Studio One 3 by adding new dimensions to your mix environment along with professional tools and workflow enhancements demanded by the music production community.<br><br><em>VCA Faders<br></em>Mixing your biggest multitrack projects just got easier with VCA Faders. Originally introduced on large-format analog mixing consoles, VCA Faders provide remote control of any number of chann<ul><li>Unlimited audio tracks, MIDI tracks, virtual instruments, buses, and FX channels</li><li>Pristine sound quality with a critically acclaimed mix engine, new synthesis engine, native 32-bit floating point resolution and support for up to 384 kHz audio.</li><li>PresenceXT Sampler with X GB sound library</li><li>Mai Tai polyphonic analog modeling syn

Here are some other products related to PreSonus Studio One 3.2 Artist