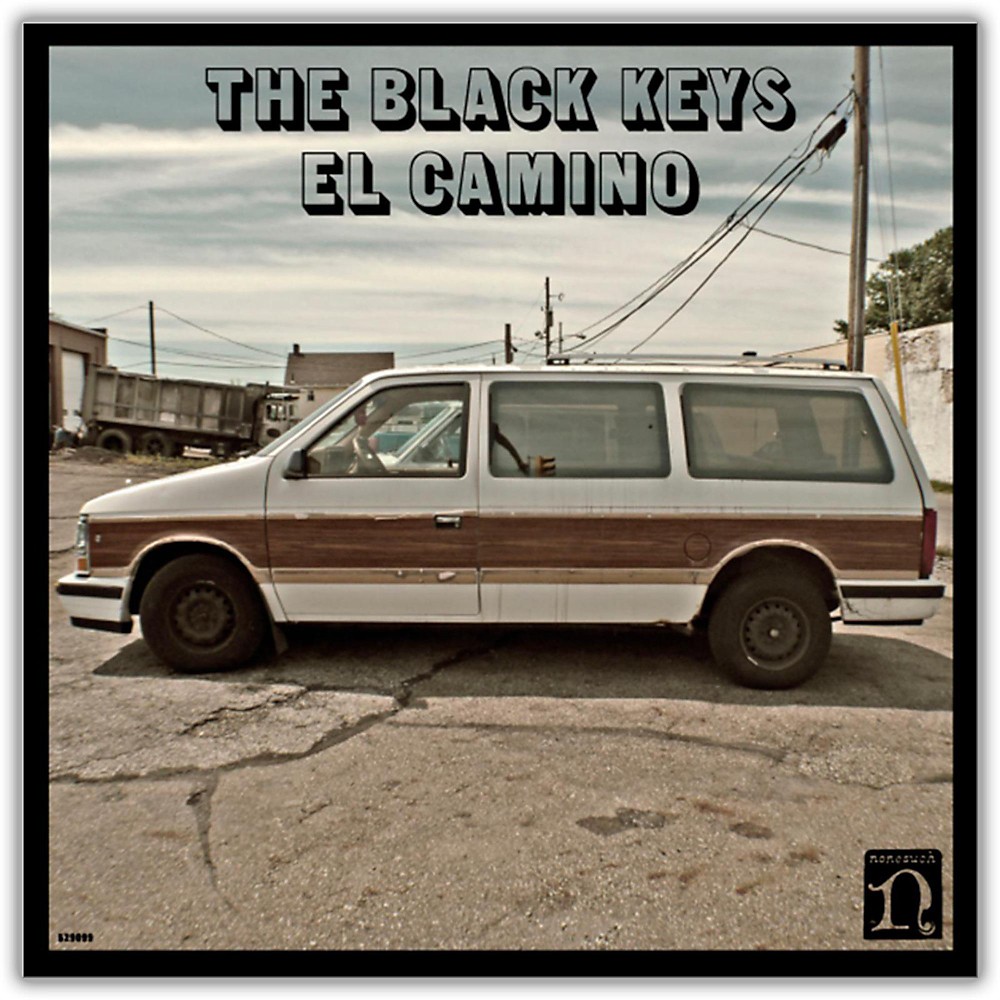 Reviewing The Black Keys' 2010 top ten breakthrough album <i>Brothers</i>, <i>Rolling Stone</i> called the duo a two-man combo with a big-band mind. That description seems downright prophetic now. With the hard-rocking <i>El Camino</i>, The Black Keys' fourth Nonesuch release, guitarist-singer Dan Auerbach and drummer Patrick Carney conjure up an exhilarating, stadium-sized sound in collaboration with producer and friend Danger Mouse. <i>El Camino</i> boasts a no-nonsense brilliance: The pace is fast, the mood is upbeat, the choruses unfailingly addictivemade for shouting along, preferably in a large, sweaty crowd.<BR/><BR/>A band already at the top of its game has gotten even better. And The Black Keys have done pretty damn well so far this year, with three 2011 Grammy awards for <i>Brothers</i> under their belt, an MTV Video Music Award for Tighten Up, more than 850,000 copies of <i>Brothers</i> sold in the U.S., and upwards of a million units worldwide, plus innumerable licensing placements in film, TV, and commercials. El Camino features one stand-out track after another, such as first single Lonely Boy, Gold on the Ceiling, and the surprising, acoustic-guitar-driven, tempo-shifting Little Black Submarines.<BR/><BR/>This record is more straight ahead rock and rollraw, driving, and back to basics, says Auerbach. As Carney has put it, The Black Keys respect the past while being in the present, and that formula has made them sound like nothing less than the future of rock-and-roll. While the largely self-produced <i>Brothers</i>, recorded at the famed Muscle Shoals Studio in Alabama, had a more soul and blues-oriented sound, <i>El Camino</i> often recalls the blitzkrieg-paced British-style rock of the 1960s and '70s, post-Beatles and pre-punk: artists like T-Rex, The Sweet, and Gary Glitter, along with the heavier swing of such bands as Led Zeppelin and Black Sabbath.<BR/><BR/>The references are there, but the sound is very much contemporary and<ul><li>Side 1</li><li>1. Lonely Boy</li><li>2. Dead And Gone</li><li>3. Gold On The Ceiling</li><li>4. Little Black Submarines</li><li>5. Money Maker</li><li>Side 2</li><li>1. Run Right Back</li><li>2. Sister</li><li>3. Hell Of A Season</li><l

The 27-year-old pop star has taken to social media to speak out about social injustice amid protests across cities in the US over Floyds recent death on the streets of Minneapolis....
>Read More

The 34-year-old singer and actress is close to her dad now, but when she was growing up he battled an addiction to crack cocaine and spent time in prison...
>Read More

The star has been working with the team at his Ricky Martin Foundation to give personal protective equipment (PPE) to healthcare workers in hospitals amid the ongoing pandemic....
>Read More

The singer released new single Blame It On Me on Wednesday....
>Read More

Cardi B also uploaded a number of videos defending the protests and property damage happening in Minneapolis....
>Read More

Taylor Swift and Cardi B are also among the stars who have spoken in support of the protesters....
>Read More

Cardi B, Lady Gaga and Reese Witherspoon are among the stars who have also spoken out following George Floyds tragic death....
>Read More