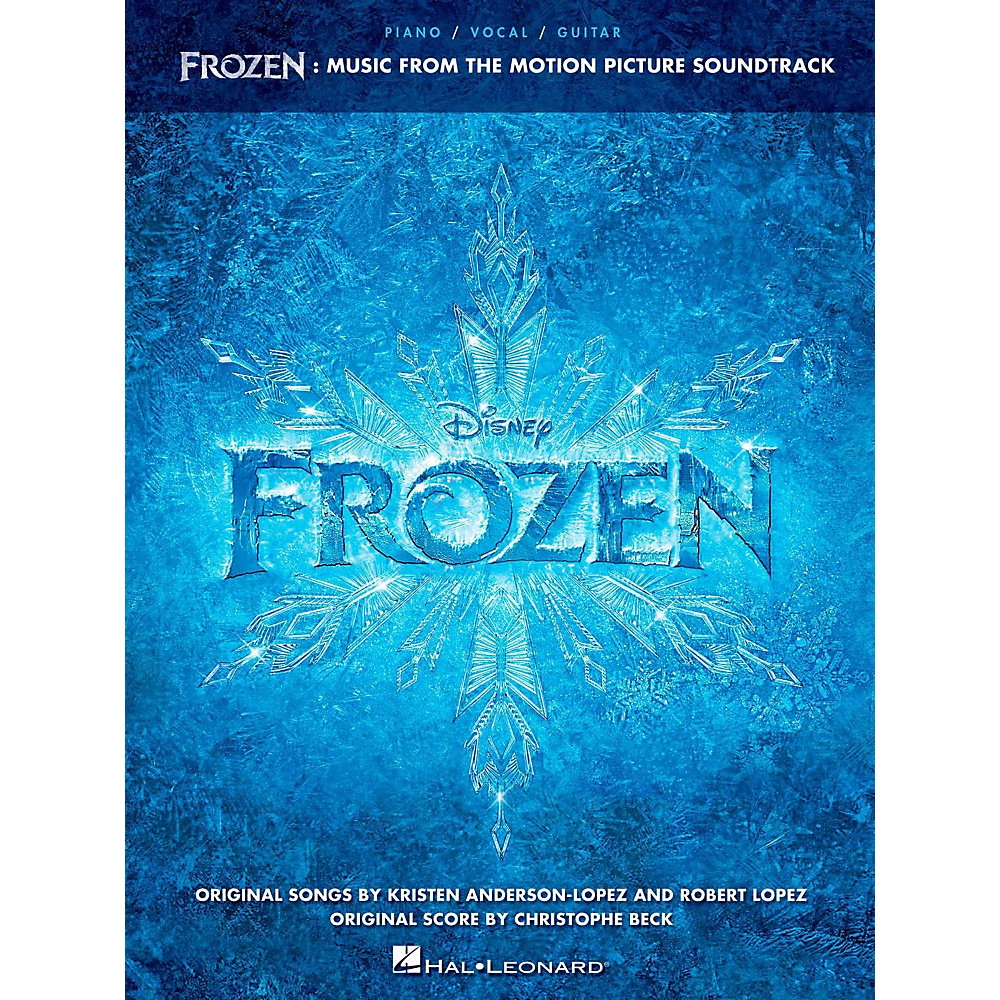 Frozen has been called one of Disney's greatest musicals of all time - high praise indeed! In fact, it's the first soundtrack in over a decade to top the Billboard Album Charts for over a month. This souvenir songbook features 11 songs as penned by songwriters Robert Lopez and Kristen Anderson-Lopez, plus color artwork from the film. Songs include: For the First Time in ForeverFrozen HeartIn SummerLet It GoLove Is an Open DoorReindeer(s) Are Better Than Peopleand more. Includes color artwork from the film.

Ellie Goulding says she is 'ready' for her comeback

The Close To Me hitmaker admitted she was prolonging her return after getting married to Caspar Jopling in August 2019...
>Read More

The 25-year-old singer took to Twitter in June to challenge the 57-year-old Hollywood actor to a fist fight - but Justin now admits it was a ridiculous idea....
>Read More

Liam Gallagher is 'so proud' of his daughter Molly Moorish

The former Oasis frontman has hailed his girl - who he was estranged from until she was 18 - as a clever young woman...
>Read More

Matty Healy missed an opportunity to ask Taylor Swift to collaborate with him - but believes she will do it eventually....
>Read More

The 22-year-old rocker has shared how he became mates with the 20-year-old model - whose mother is interior designer Meg Matthews...
>Read More

The 26-year-old grime star has been honoured by the high-street bakery chain for his chart-topping success and never-ending love...
>Read More