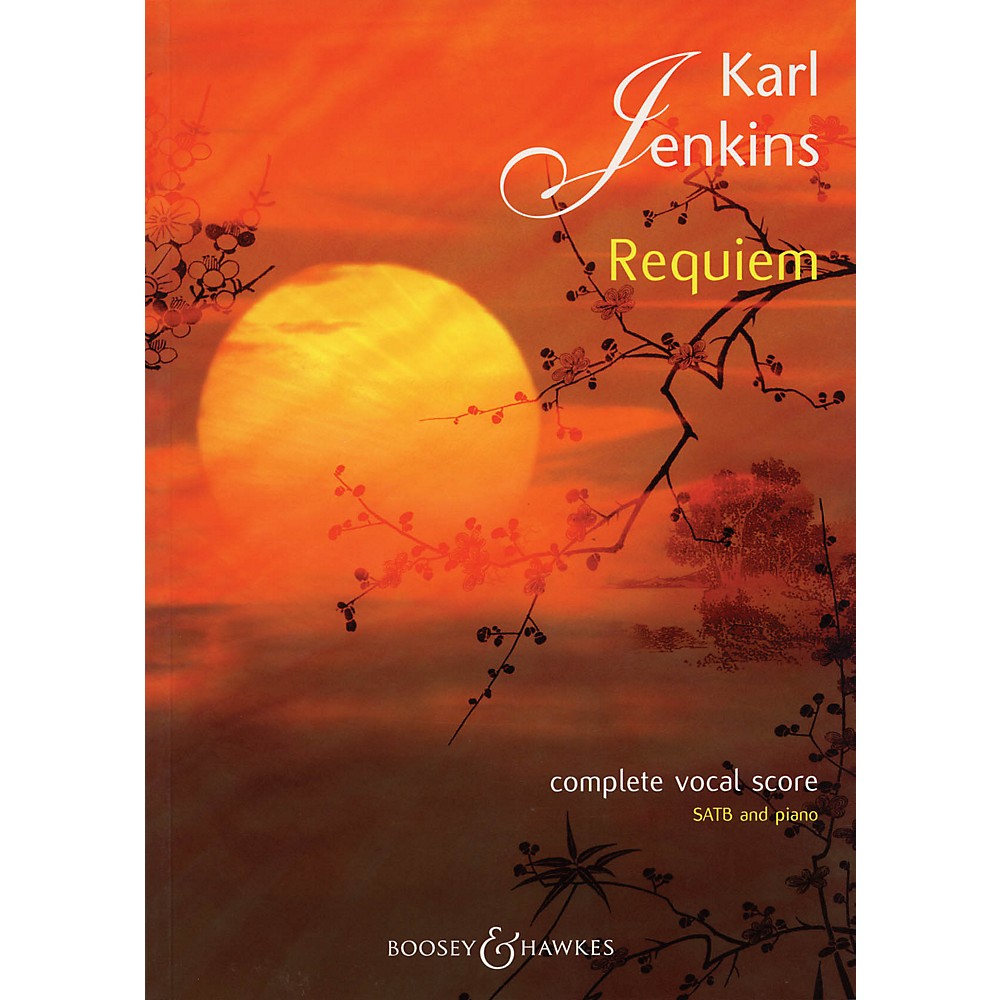 By Boosey and Hawkes

(2004, 55 minutes) Karl Jenkins' Requiem sets the traditional Latin text of the Requiem mass, including the extra movements included by Faur and Durufl - Pie Jesu and In paradisum. These are interspersed with haiku death poems (sung in Japanese) whose delicate, epigrammatic texts provide a peaceful commentary on the liturgical words. The result is a deeply moving expression of spirituality, whose musical tying together of different cultures provides a link that is highly appropriate to the modern world. This powerful book will appeal to choirs wanting to sing an unusual but appealing and effective piece: the full scoring of the work includes a part for Japanese flute (shakuhachi) and an array of unusual drums.

The Official Chart: First Look, which airs on BBC Radio 1 today between 6pm - 7pm, offers a first glance of the Top 20 ahead of...
>Read More

Adele's new album as yet unfinished

The Hello hitmaker has insisted shes working on new material - which will be her fourth studio album, and her first since 2015 - but has said her album is not finished....
>Read More

The former Oasis rocker is working on a new album with his High Flying Birds band, and has said he would love for John to make a guest appearance...
>Read More

The 70-year-old music legend is having her life made into a movie after the 2019 documentary, Suzi Q, received rave reviews....
>Read More

The 27-year-old singer is set to release her sixth studio album next Friday (30.10.20), and over the weekend, she revealed the full tracklist...
>Read More

John Lydon had to scrap a planned Public Image Ltd album because he was too preoccupied on his wifes Alzheimers disease....
>Read More