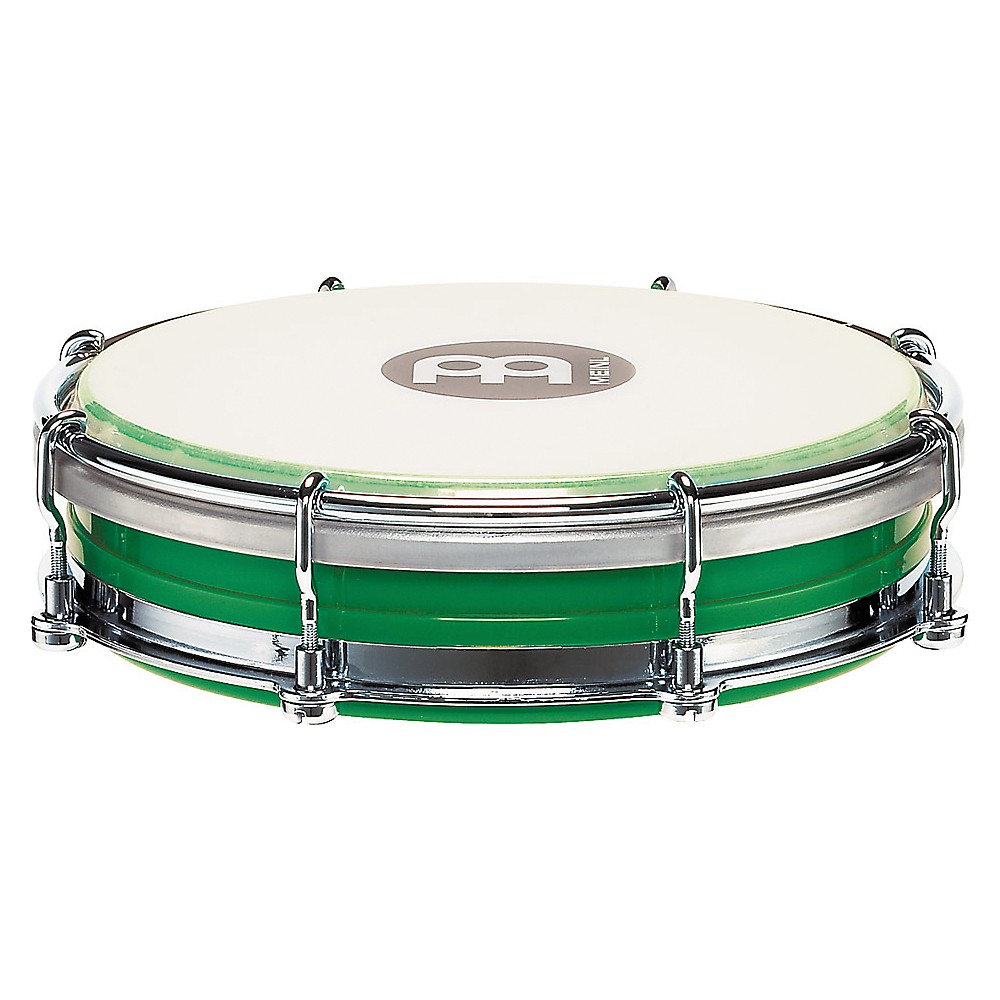 This Meinl Tamborim is a small, round Brazilian frame drum of Portuguese and African origin. The frame is 6 in diameter and is made of tough ABS plastic. Its synthetic heads are very tightly tuned in order to ensure a high, sharp timbre and a minimum of sustain.<BR/><BR/><strong>About the Tamborim Drum</strong><BR/>The tamborim is used in many genres of Brazilian music. It is most commonly associated with samba and pagode, but is also used in chorinho, bossa nova, and some northeastern folklore rhythms such as cucumbi.<BR/><BR/>In most musical styles, the tamborim is played with a short, thin drumstick. In samba-batucada, it is played with a beater made of several flexible nylon or polyacetal threads bound together. On rare occasions, it may be played with the fingers.<BR/><BR/>The tamborim is held with the weaker hand with the thumb crossing the rim and resting on the drumhead. The other fingers are curled under the rim, with the index typically applying and releasing pressure on the underside of the head to achieve higher or lower notes. The beater is held by the very tip with the strong hand and the head is struck a little off-center. A playing technique called virado is often used, in which the drum is rapidly flipped upside-down to produce ghost notes and syncopated grooves. The tamborim drum may also occasionally be struck on the rim.<BR/><BR/>Tamborim players alternate between repetitive groove patterns and<BR/>composed signature phrases which function as a melody and are easily distinguished above the other percussion instruments.ABS plastic shell<BR/>Floatune tuning system<BR/>Counter sunk bolt lugs<BR/>Replaceable synthetic heads

Here are some other products related to Meinl Tamborim 6 in. Green

K-pop group captures the feeling of staying inside during the Covid-19 pandemic...
>Read More

Megan Thee Stallion, Doja Cat, and Phoebe Bridgers are among the eight artists competing for this years prize...
>Read More

Lil Wayne and Lil Baby on Their Relentless Work Ethic, Life's Biggest Challenges, How Their Hometowns Made Them

For our Musicians on Musicians issue, the two rappers expressed their mutual admiration for each other and discussed their music-making process in a fascinating conversation...
>Read More

Why Did the 2021 Grammys Snub the Weeknd?

Zero nominations for After Hours is a shocker -- plus four more glaring omissions from the new nominations...
>Read More