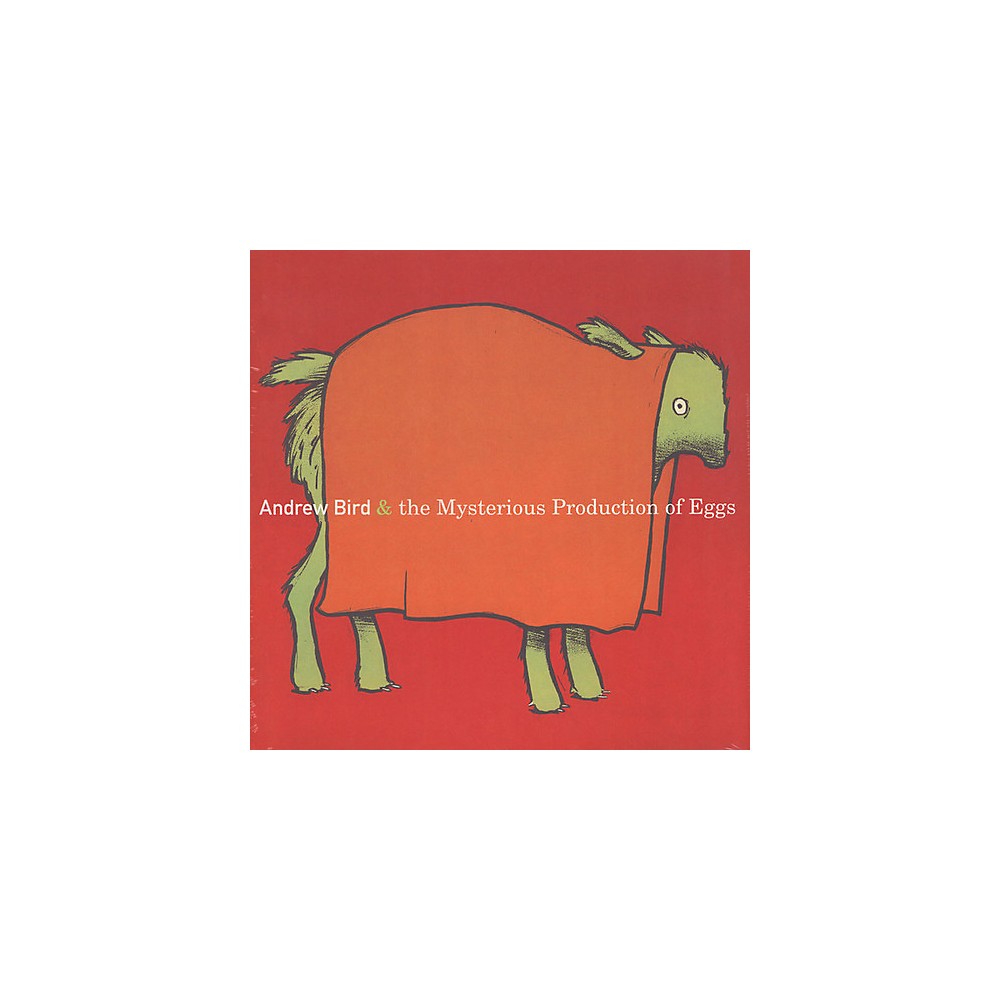 Release Date:02/24/2017;Notes:Vinyl LP pressing. Andrew Bird is a previously unimaginable combination of songwriter, violinist, guitarist, vocalist and professional whistler. His unfailingly unique and striking music has been dumbfounding audiences for years. 2005's The Mysterious Production of Eggs, served as his second album on Righteous Babe Records and follow-up to Weather Systems, his critically-acclaimed 2003 mini-LP. The recording sessions for Mysterious Production saw Bird scrap the album three times and travel between studios in Chicago, Los Angeles and his own home studio on a farm in Northern Illinois. The album took final shape with the production help of David Boucher, whose credits include Paul Westerberg, Lisa Loeb, and Randy Newman. Bird plays most of the instruments on Mysterious Production, and is joined by a handful of special guests complimenting his already lush sonic palette. The results are magnificent, a powerhouse of a record dealing with nothing less than the mysteries of childhood, creativity and modern science - epic in scope and minute in detail.;Track List:1. /=/;2. Sovay;3. A Nervous Tic Motion of the Head to the Left;4. Fake Palindromes;5. Measuring Cups;6. Banking on a Myth;7. Masterfade;8. Opposite Day;9. Skin Is My;10. The Naming of Things;11. MX Missiles;12. /=/=/;13. Tables and Chairs;14. The Happy Birthday Song

The 33-year-old musician was announced as the winner of the prestigious annual music accolade for his third album, Kiwanuka, which was released to critical acclaim in November 2019....
>Read More

Kanye West wants all artists to own their master recordings....
>Read More

Machine Gun Kelly: 'I didn't know what love was until I met Megan Fox'

Machine Gun Kelly wants his music to be unpredictable

The Rap Devil star has moved away from his hip hop roots for a more pop punk sound on his fifth album Tickets to My Downfall, but he insisted...
>Read More

One of his daughters took a sip from somebody elses drink....
>Read More

Mariah Carey: 'Derek Jeter romance was the beginning of the end of Mottola marriage'