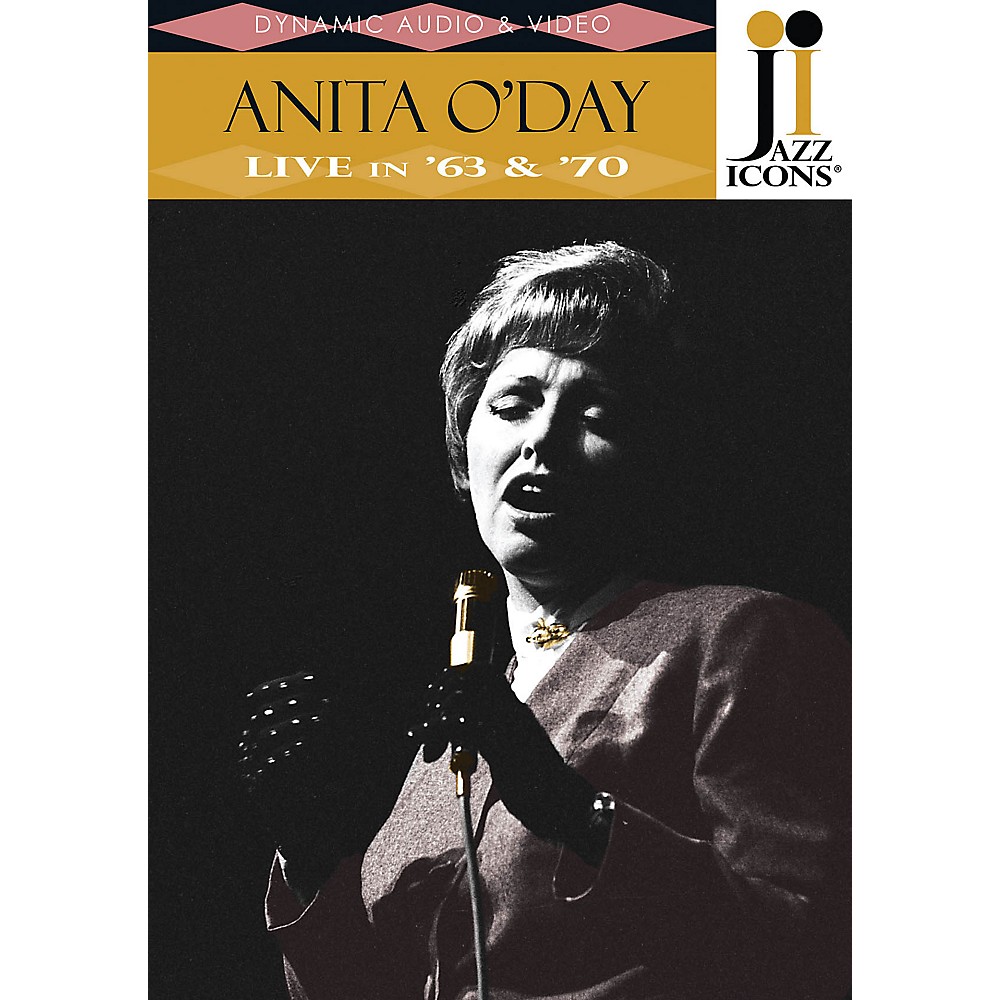 Jazz Icons DVDs feature full-length concerts and in-studio performances by the greatest legends of jazz, filmed all over the world from the 1950s through the 1970s. Beautifully transferred from the original masters, each DVD features rare performances that have never been officially released on home video and, in many cases, were never broadcast. Each DVD includes a booklet with liner notes, rare photos and a memorabilia collage. Produced with the full support and cooperation of the artists or their estates. Two wonderful concerts from 1963 and 1970 that present the jazz singer supreme in impeccable form. O'Day's horn-based approach to singing is in full effect throughout both shows including stand-out renditions in each show of audience favorites Tea for Two and Sweet Georgia Brown (both reprised from her triumphant appearance at the 1958 Newport Jazz Festival.) This DVD is a fitting testimony to one of jazz music's true originals and shows unequivocally why she is ranked in the top tier of vocalists along with Ella Fitzgerald, Sarah Vaughan and Billie Holiday. 60 minutes.

The singer was preparing to divorce Crystal Renay Smith in March....
>Read More

The 56-year-old drummer - who is joined in the band by James Hetfield, Kirk Hammett and Robert Trujillo - thinks making a record...
>Read More

Bruce Springsteen recorded Letter to You' in just four days

The Boss released his first studio album with his longtime backing band the E Street Band in six years on Friday (23.10.20), and has now revealed...
>Read More

Damon Albarn: ' I had to stop playing the piano because I kept writing songs like Elton John'

Damon Albarn joins Elton John for this weeks episode of Rocket Hour on Apple Music 1 to coincide with the release of the new Gorillaz album...
>Read More

JAY-Z is bringing social justice advocacy to his role at Caliva as brand strategist, as the firm assists reformed prisoners in finding work....
>Read More

The Vamps make a triumphant return to the Official Albums Chart this week as their new album Cherry Blossom lands straight in at Number 1....
>Read More