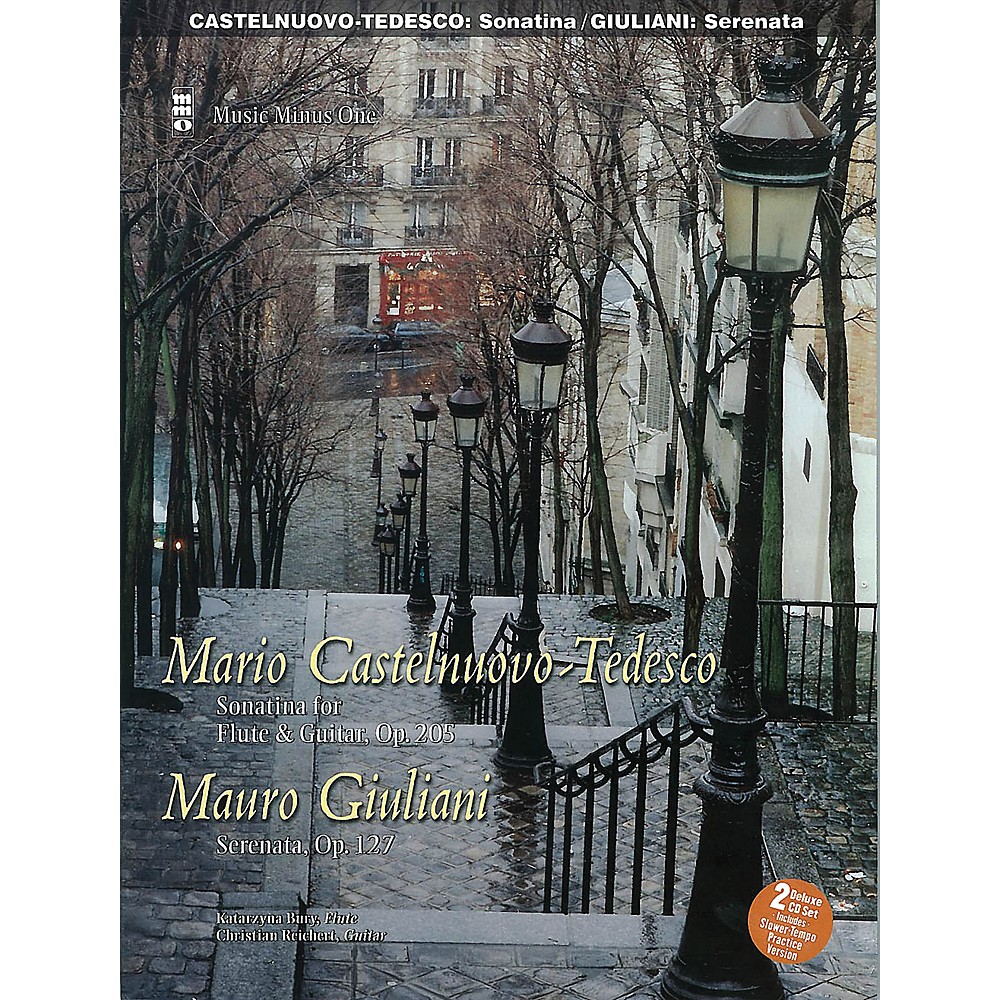 By Music Minus One

Performed by Christian Reichert, guitar Accompaniment: Katarzyna Bury, flute Two seminal pieces for guitar and flute duet. Castelnuovo-Tedesco's 20th-century masterpiece of the genre, his Sonatina, is a brilliant piece cast in three movements (I. Allegretto grazioso; II. Tempo di Siciliana; III. Scherzo-Rondo/Allegretto con spirito). Giuliani's Serenata is a perfect distillation of this 19th-century master's distillation of Italian and Viennese Early Romantic style. This deluxe 2CD set includes a slow-tempo practice version of each of these classics to help you get up to speed. Includes an authoritative, newly engraved solo part printed on high-quality ivory paper; a digital stereo compact disc featuring a complete performance of the concerto with guitar & flute, and a second performance minus you, the guitar soloist; and a second compact disc containing a full-speed version of the complete version as well as a special -20% slow-tempo version of the accompaniment for practice purposes. Each piece is indexed for your practice and performance convenience.

Cardi B: Female rappers are under 'mad pressure' to produce hits

Cardi B says female rappers are under mad pressure to continually have smash hits....
>Read More