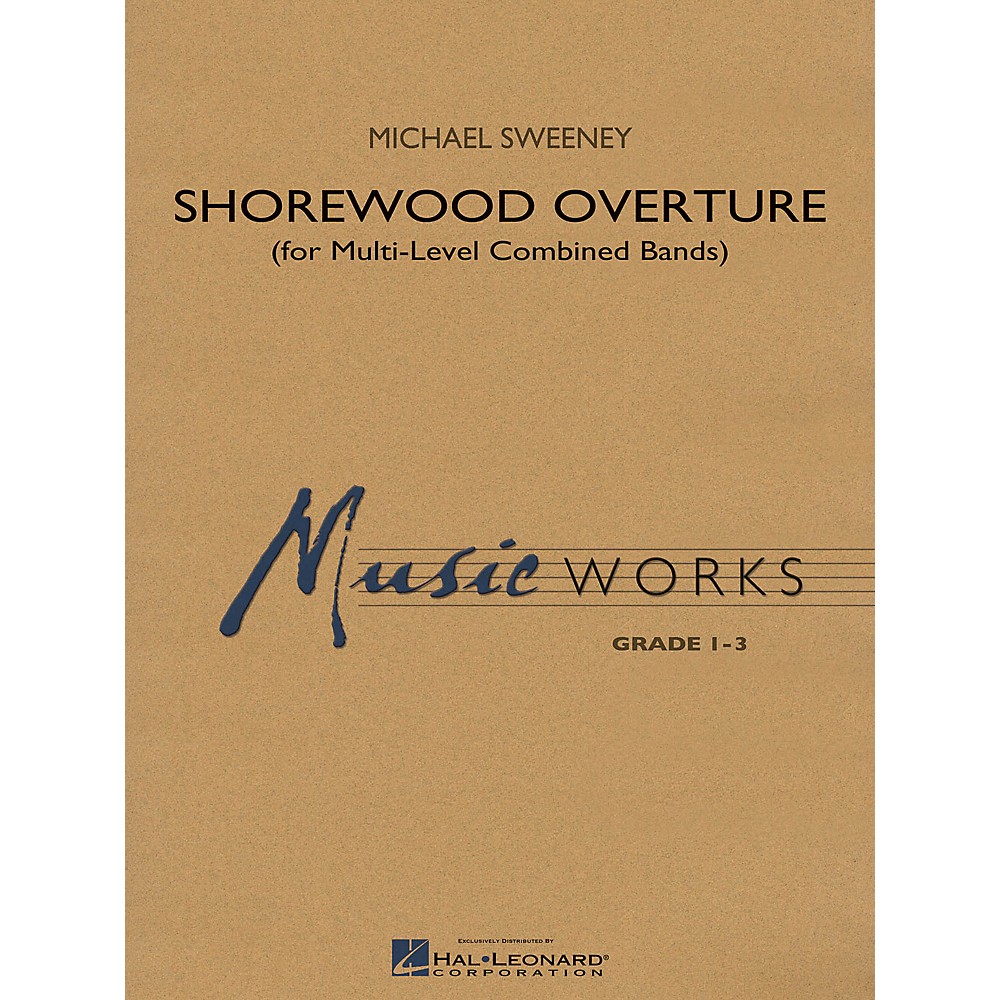 Combining a district-wide extravaganza for players of all levels creates an exciting spectacle for parents, while providing much needed incentives for the younger players. Shorewood Overture is specifically designed to be performed by multi-level bands and, rather than the typical massed band number where everyone plays at once, this ingenious overture allows each level to be featured briefly by itself, along with sections where everyone plays together. In addition, the Level 3 parts include cues (also in the Level 3 score) that allow the piece to be performed by a single ensemble. Dur: 4:20 Note: Level 2/Level 1 versions are not playable separately

Kanye West has called on the music industry to enter the 21st century....
>Read More

Will Young plans to make a female covers album

Will Young is planning to record a covers album of songs made famous by women....
>Read More

The 39-year-old singer has revealed she was initially keen to give the record - which has become one the signature tracks of her career - to Christina, but she was eventually talked out of it by her A&R....
>Read More

The Scottish trio - Simon Neil, and twins Ben and James Johnston - originally meant for their upcoming album, A Celebration of Endings...
>Read More

Cardi B has 'not shed one tear' over Offset divorce

She stated in divorce papers that she and Offset are currently separated....
>Read More

The 87-year-old judge lost her battle with pancreatic cancer on Friday....
>Read More