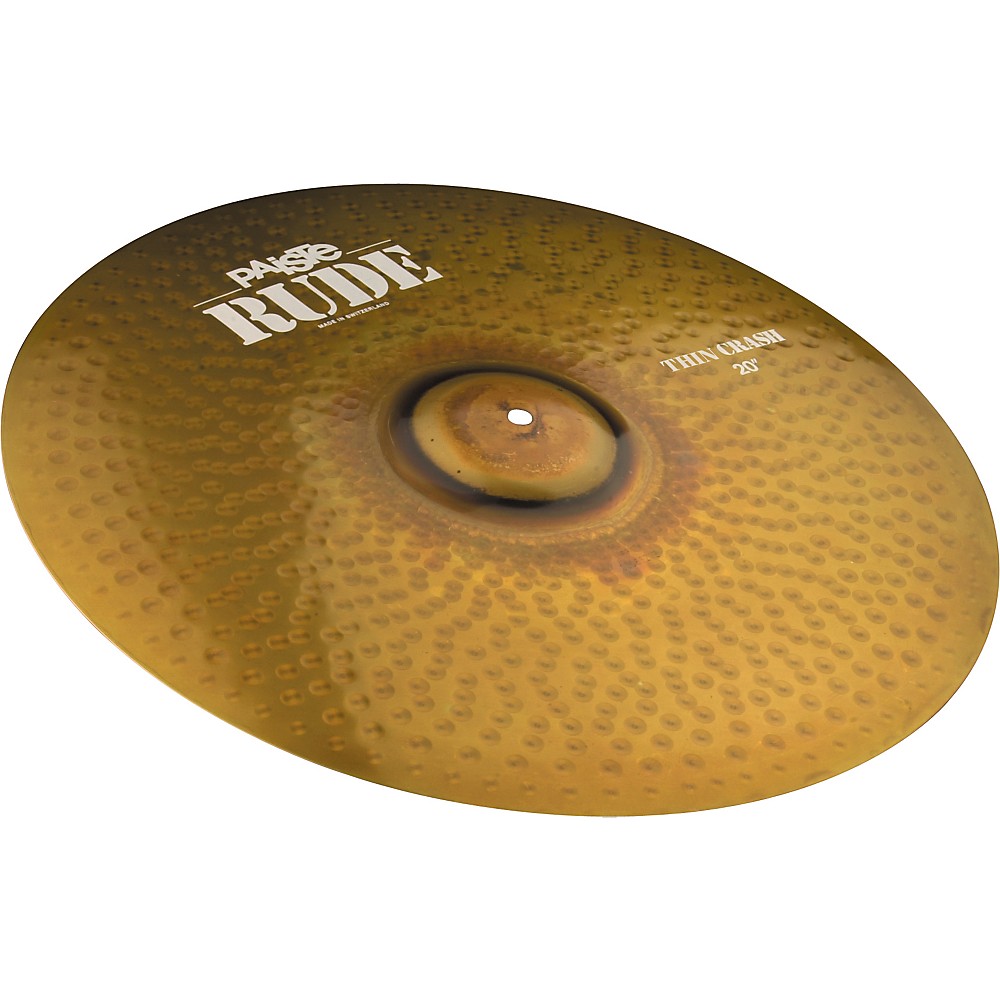 The Rude Thin Crash provides today's more sophisticated punk and metal drummers with an additional choice in the Rude sound--cymbals with that same brazen, audacious sound that can be played and controlled with more differentiation. <BR/><BR/>The Rude Series was developed in the late '70s, when rock and metal were nearing temporary maturity and were decidedly sidestepped by the new punk genre. This new form of music singularly distinguished itself by disregarding all the rules and by establishing a brazen, aggressive sound all of its own. Rude cymbals, with their un-lathed surface, uniform thickness, and aggressive frequency mix perfectly mirrored the unconventional trend of the time. Today's popular music firmly roots itself in the history of rock, metal and punk and continues to expand these genres, Rude cymbals continue to be very appropriate sounds for drummers.<BR/><BR/>Weight: thin<BR/>Volume: medium soft to loud<BR/>Stick Sound: washy, crisp<BR/>Intensity: lively<BR/>Sustain: fairly long<BR/>Bell Character: integrated<BR/>Sound Character: full, dark, energetic with a brilliant broad sparkle underneath the overall cutting character<BR/>Responsive, explosive, shattering<BR/>attack

Here are some other products related to Paiste Rude Thin Crash 20 in.

Can not load XML: An invalid character was found in text content. Error has occured while trying to process https://www.rollingstone.com/music/rss
Please contact web-master