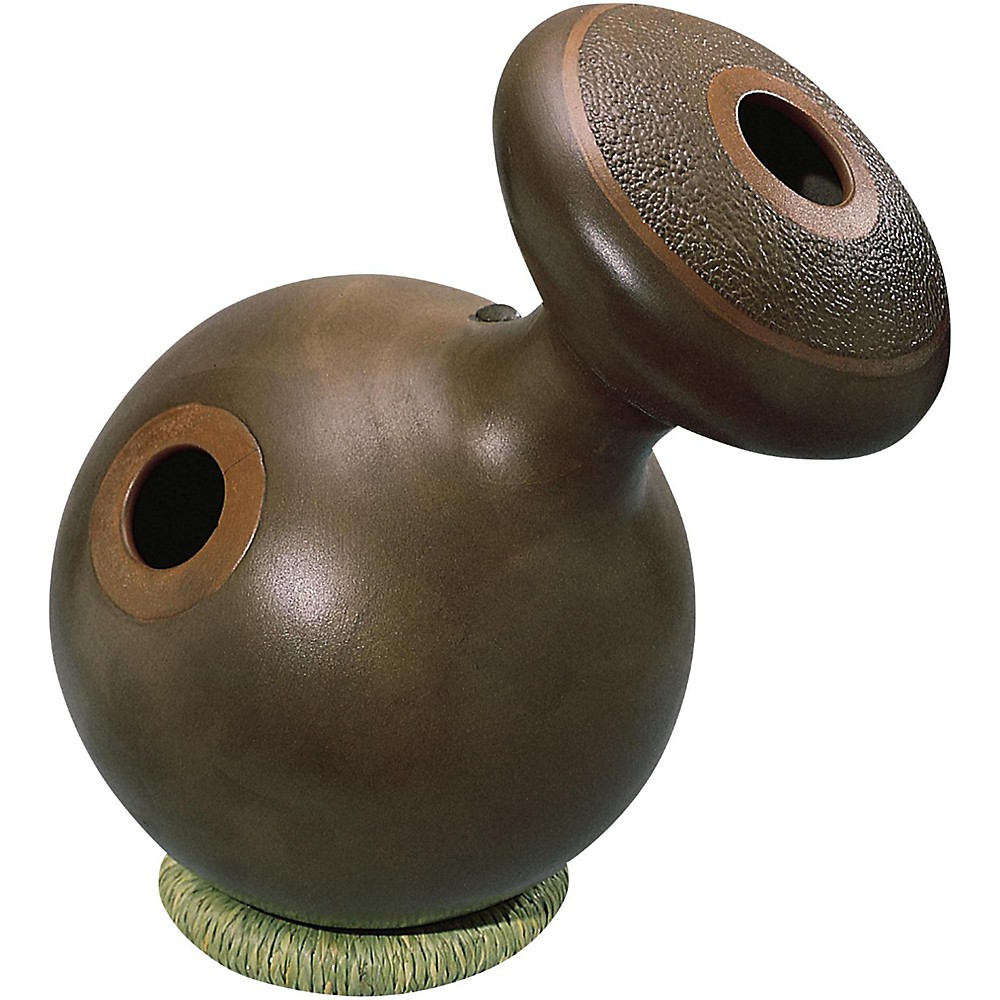 The LP Udu Drum produces rich and extreme textures between its two chambers. The lower rounded chamber produces mellow, round, dry bass tones, while the smaller, flat chamber creates bright, sharp, wet tones. Sounds created from the upper chamber are similar to the sounds of the Indian tabla or Middle Eastern doumbek. <BR/> <BR/>The Udu's clay construction is based upon century-old African traditions. It is played with the palm of the hand and fingertips. The textured surfaces provide additional tonal variations when rubbed. The sound possibilities can be further expanded by using the unique microphone ports found in each chamber. Small mics can be mounted for amplification to capture the internal sounds. The Udu Drum is generally played in a seated position with the drum on the player's lap. It can also be played on a tabletop or floor using the included straw ring stands.

Here are some other products related to LP Udu Drum Natural

Can not load XML: An invalid character was found in text content. Error has occured while trying to process https://www.rollingstone.com/music/rss
Please contact web-master